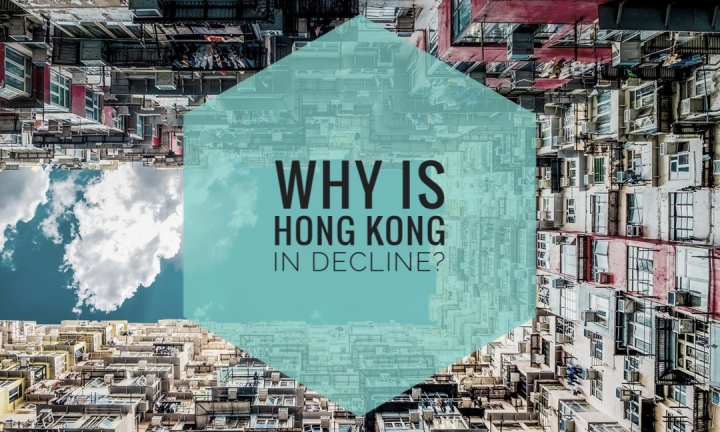 Aspects of urban analysis explicitly approached by the film.

The film addresses multiple urban issues ranging from the pros and cons of a non-democratic country to the disaster of a housing market that Hong Kong suffers from. The latter holds higher weightage in terms of aspects of urban analysis because it directly affects the economy of city. Urban concentration is typically deemed to steer to greater national economic process. The potential of urbanization to promote growth is likely to depend on how conducive the infrastructure and institutional settings are. Removing barriers to rural–urban mobility may enable economic growth, but the benefits will be much larger with supportive policies, markets and infrastructure investments. However, in this case where more than one million Chinese moved to city in search of a much better future, it failed to have the typical effect of urbanization promoting economic growth.

In 1997, Hong Kong represented 20% of the Chinese economy. Today Hong Kong represents less than 3%. The housing situation here is far worse than most Western cities. The middle class income group currently spend almost their entire income on extremely expensive and barely accommodating housing solutions. There’s little scope for startups and small businesses because of the sky rocket prices for any kind of rental space. The city has free economy mostly except when it involves land, housing, real estate and town planning. It all comes down to– Is it a failure because the government is in charge and manipulates the market?

Why did this happen?

To begin with, let me explain my personal reasoning. We see that there are only a handful of powerful people who make it to the real estate market. The market is literally ruled by an oligarchy (a small group of people having control of a country or organization) of the following.
1. The government, who has the power to release land and finances for development
2. The key developers, who have the flexibility to manage the supply and have tried to gain favor from the government with big real estate deals.
3. Every other person, who listens to the above mentioned people.
A law from colonial times had local authorities in charge of leasing land to grow crops. Years of urbanization later, this law continues to be in situ. The local government supports the views of Beijing and does not want to displease them. So how exactly would the market progress then? Talking about finance, are the people supported financially? Yes. Loans with better conditions are handed out to companies to increase their influence and political power. But you’ll be able to land yourself one of these loans if and only if you have connections. Leading us back to the primary reason. The market is literally ruled by an oligarchy.

What will the future of Hong Kong be?

Hong Kong has long been the most important stone in the crown of world property. Its large promising towers of tightly packed offices earn huge incomes for their owners. Despite the recent falls, they remain at stratospheric levels compared with other global cities. But the city not adapting to the modern economic environment can lead it to becoming an unpleasant park for businessmen and tourists. Its housing supply may fail to keep up with its population growth rate.
How then is equity to be achieved inside a typically market-oriented economy? As per the international encyclopedia of the social & behavioral sciences, there are 2 broad approaches. Quoting-
1. Financial gain distribution, general egalitarianism;
2. Effective distribution through the taxation/subsidization or non-market allocation of specific commodities, specific school of thought.
Most economists favor general school of thought as a result of it respects shopper sovereignty. However most governments plainly favor specific school of thought. They feel that the consumption of some merchandise is more meritable than others. Several governments have favored the non-market allocation of housing for the poor over subsidization, as a result of it permits additional refined targeting and should be administratively easier.