A 3 day weekend was fast approaching and what better way to spend it than hitting the beach. Too bad, we were a little too late to confirm our tickets for 5. A little convincing later we had four sleepers to share amongst five for an 8 hour long journey, Ahmedabad to Diu. I’d say, it kind of got us bonding and sort of worked to our convenience.

A bumpy and not so blissful sleep later we reached the union territory that’s oh so popular this side of the country. We had a booking with a Portuguese family for our stay there. Five of us split in two rooms, and a huge balcony to ourselves. The balcony had a view of the museum, one of the places on our agenda.

Like a pack of wolves, hunger got us out and hunting. Weirdly, there weren’t many restaurants to choose from. A little bit of walking later, we came across ‘Reshma’s’. It’s shady entrance didn’t really stop us from trying it out cause we were starving. 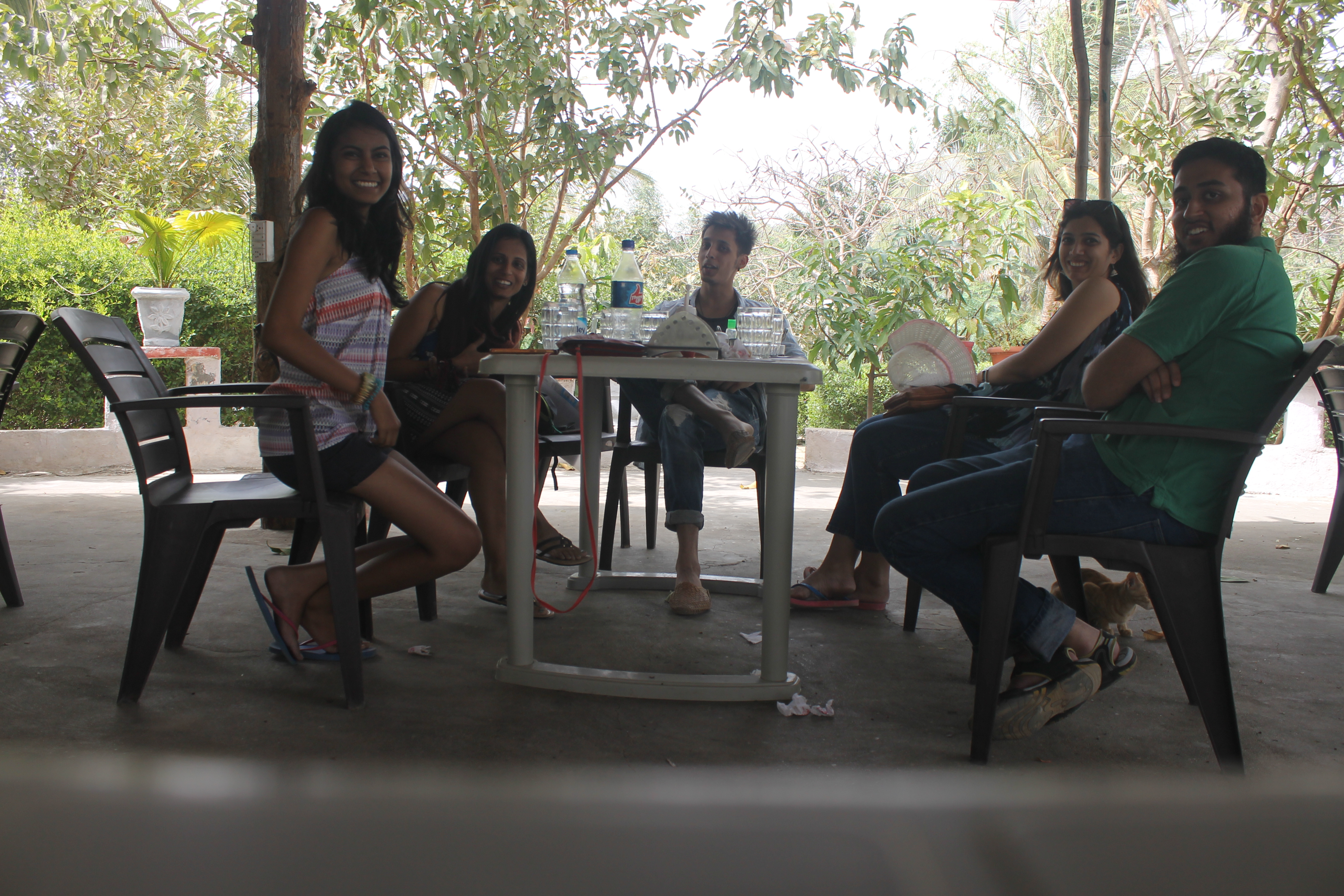 They served beer and sea food and that’s all we needed, coming from a dry state.

A hearty meal and weirdly drunk conversation later, we headed back and spent the rest of the evening at the balcony playing some truth or dare.

The secrets that got out that day, though. *screams within*

Still swaying with a happy buzz, we took off to venture into the caves. 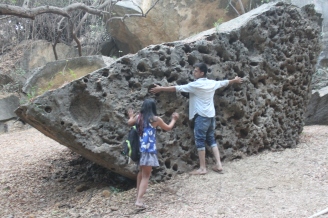 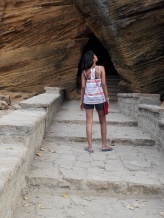 I don’t know if it was the alcohol or if the place was actually that trippy. Made me wonder why man, moved out of nature’s womb in the first place.

‘Beautiful’ is an understatement to describe what we lay our eyes on.

Every corner surprising us with more (like this creepy picture). After a good two hours of being curious cats,  hunger got to us, yet again.

We crawled our way back to ‘Reshma’s’ for dinner. Over ordered  alcohol to beat the cold and ended up ordering chicken in a place known for sea food. Nothing helped with the shivering except for the blanket we desperately requested for.

How we got back to our rooms that night, none of us know.

I, being an early riser was glad that I had company, waking up to find her already dressed. The museum roof seemed to be luring us from day 1. So that’s what we did, hit the roof! The view from up there was a view to kill for.

We sat there meditating for a bit till we finally spotted the rest of the troup in the balcony.

It was time to get some breakfast. We went to a little Portuguese shack this time, had some pancakes and sandwiches.

Next on the agenda was the Diu fort. A structure built to protect the city from invaders surprisingly had 3 churches.  The architecture of each, so unique.

Fort is surrounded by water on three sides, with windows to breathtaking views every few meters. Quite literally. They were windows, through which lives were taken at some point. Cannons gracing each of them. Our troup scattered around here, each finding their own spot. Looking into the sea, reflecting on life, finding themselves. That’s all we did. Walk. Find a spot. Pause. Reflect.

For lunch, we wanted to hit the beach and find some shack.  Disappointment struck on reaching there. The crowd wasn’t too great and the boys we had along were definitely not too confident. *lol* so we took off back to Reshma’s.

Evening had the fishermen tombs on the agenda. So that’s where we went post, a quick stop to book our return tickets (This time making sure we had  sleepers for five). 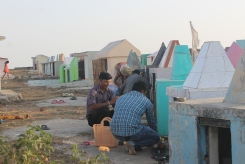 The tombs are little temples built in remembrance of the fishermen. There were two men who came there to drop off some beer and cookies at a tomb. Such a sweet thing to witness.

A few meters ahead of these tombs is a cliff that overlooks the sea. Another spot to reflect I’d say.

If I wasn’t in a dress, I’d have joined him down there. The picture speaks for itself and I’ve run out of adjectives to describe the views this city had to offer.

We’d almost lost track of time here just as we were mentally.  Our bus was in an hour and we still had to pack up. An auto ride back, later we were all over the rooms, packing up.  The family bid us goodbye, such a nice bunch of people. The journey back was definitely a lot more comfortable but now that we had bonded, we all spent half the journey on one double sleeper. *irony*

Was a trip to remember for sure!